The Book Of Sir John: Exerts From His Best Beauty Advice

Gone are the days of heavy makeup, dramatic smoky eyes and layering fake lashes. Today's red carpets, shows, and presentations are filled with subtle and elegant beauty that causes our favorite stars to appear more perfect than ever. Less is more. To elevate your makeup, you have to perfect the basics.

No one knows this better than Sir John, celebrity makeup artist and brand ambassador for L'Oréal Paris. "If you have one goal, it's to always make sure that you're amplifying the silhouette of your eyes, cheekbones, and lips," he says. "You want to maximize the impact of your already-beautiful features. That's the future of makeup."

Here are a few of my favorite tips he's given over the years to help everyday people achieve his highly-sought-after look. 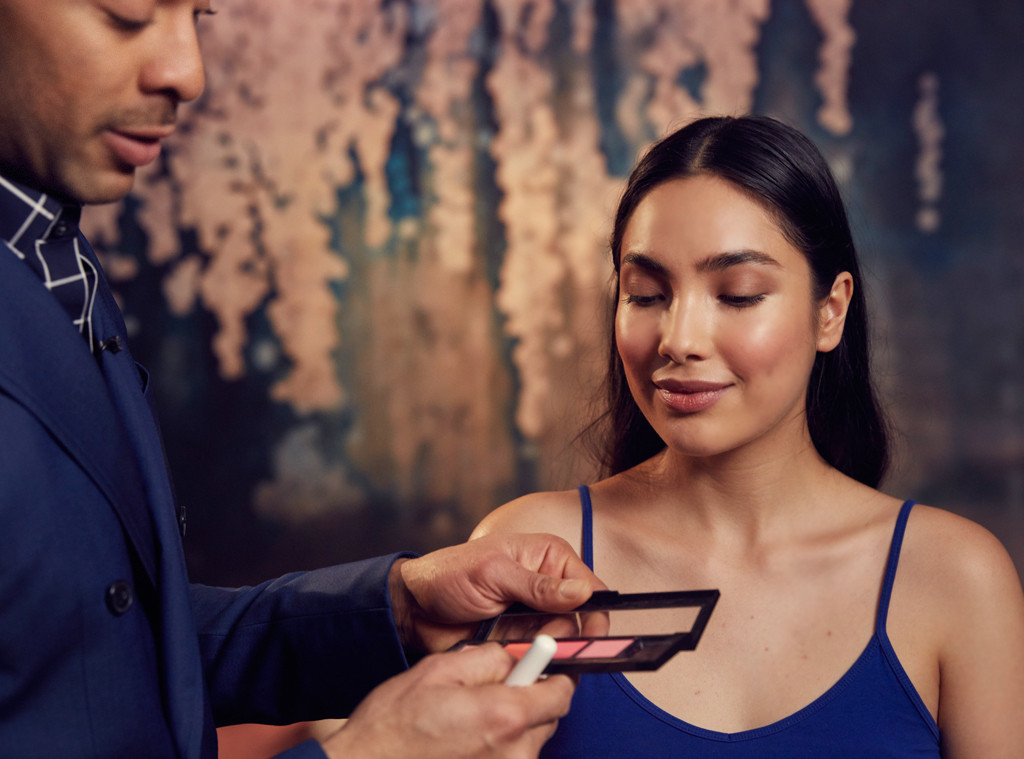 FOR A FLAWLESS FACE

"I'm always watching girls on the subway, and I've noticed that a lot of women tend to rush through skin to get a feature, such as their eyes or cheeks. I think we should be spending more time perfecting the complexion. That means taking more time for concealer and foundation," he said. "It was all about perfecting the basics, and that's what I want women to focus on. After you've perfected the basics, then you add in a smoky eye or a matte lip."

Step 1: Put on foundation while skin is still damp from your moisturizer.

Step 2: Go in with a creme contour stick and just touch the perimeter of the face—underneath the cheekbones, under the jawline and on the sides of the nose.

Step 3: Blend it out with a beauty blender.

"You want to make sure that you keep your highlighter positioned toward the outer perimeters of the face. Never use too much highlighter or anything shimmery on the front of the face," he said. This is his key to keeping his A-listers from looking oily.

"For a natural radiance, apply highlighter with your ring finger. Your ring finger is the weakest finger, so it's best to use for application of blush, concealer, and highlighter. You want to tap your highlighter into the cheekbones, the brow bones and maybe a tiny amount down the center of the nose. The tapping motion warms up the highlighter, making it appear more natural."

"Pointed cotton swabs make winged eyeliner a lot easier, even in the car. After you apply eyeliner, take the pointed tip with a little water-based makeup remover and drag it along the eyeliner. It will give you perfect feline eyes every time."

Black is a clear go-to for eyeliner, but we're taking it up a notch, remember? It's time to embrace color. "I also love tinted liner. Teal and Electric Blue are universally flattering, as well as metallic hues. The pop of color gives an interesting focal point to the face."

FOR AN END TO DARK CIRCLES

If there is a world without concealer, we don't want to be in it. However, the key to perfect makeup is not having to rely on it. If you're struggling with dark circles, it's hard to resist packing on the concealer. "There are steps you can take to make dark circles less noticeable" he explained.  "It helps to massage your eye cream in a counterclockwise motion.  Then, use your fingers to tap, tap, tap and buff in that moisturizer for radiant and refreshed looking eyes."

In addition to moisturizing, Sir John suggests that adding a few extra greens to your diet and getting plenty of rest can also help.  "I juice kale every day. What's great about kale, broccoli and cauliflower is that they are excellent sources of Vitamin K." Since it only takes an extra trip to the grocery store, it's worth a try, right?

FOR MAKEUP THAT DRAWS PEOPLE IN

"The goal in makeup is to cast a spell on anyone that looks at you. It's an optical illusion. If your makeup is over the top, you're not making your face look more beautiful, you're just creating another face," he said. "You want to pick one feature that you're going to focus on. It should be the feature that you love. Don't pay attention to whatever is pulling away at your confidence. Pimples and childhood scars shouldn't get all of your attention. For example, if you love your eyelashes, take a few extra minutes to apply another coat of mascara. If you spend more time and energy on the features that you are confident in, you will set yourself up to be more confident during the day."

Because, hey, your face is not a kitchen. “You can skip the whole 'baking' process—it’s so unnecessary," says Sir John. "When you’re leaving powder to sit on your face for that long, you’re inundating your skin with a heaviness that's going to weigh it down and dry it out, especially near the sensitive skin around your eyes." Instead, he says, opt for a light dusting of translucent powder to finish off your look and set your makeup.

EASY ON THE BROWS

We’ve seen how brows have taken center stage in beauty for the past couple of years. They seem to get bolder with every passing year. Sir John believes you should only use your brows as a feature if the rest of your look won’t be understated. ‘I think that women nowadays know the power of brows, but that there’s also more than one focus,’ he says. So if you’re going with bold, defined brows, make the rest of your face a feature and vice versa. The artist also says that eyebrows should look like sisters, but not necessarily twins. To achieve the unrefined brow look, brush your brows up first, fill them in, and set them with a clear brow gel.

TOSS THE CONTOUR STICK, REACH FOR A MATTE BLUSH

A taupe matte blush is Sir John's secret weapon, as it's a softer, more subtle pigment that works on all skin tones to shade the silhouettes of the face. For deeper skin tones, Sir John uses a cream with gray undertones, as well as powder, to increase the depth of the contour.

"With a brush, I'll start to press in a taupe or matte colored blush into the cheeks, sockets of the eyes, down the sides of the nose, and jawline to create a sense of illusion or depth of field," he explains, emphasizing the importance of the jawline, an often neglected area that's essential for fluidity. "I see these girls with all this contouring [on the face], but their neck looks flat, you know?"

Who said you can't wear a bold eye during the day? Mix it up and add a pop of color to spice up any outfit. I'll be teaching tips and tricks like this next week at the #sirjohngallery #seeyouthere ❤️

Read more from the original posts from eonline.com and marieclaire.com.

Back to MAKE UP